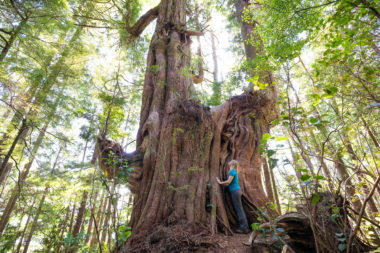 The argument against old-growth forest protection is typically based on the assumption that ‘locking up’ forests is bad for business. Nothing could be further from the truth.
BC’s old-growth forests play an important role in the province’s multi-billion dollar tourism industry, attracting hundreds of thousands of visitors from around the world every year and supporting increased sustainable business and employment opportunities in nearby towns. 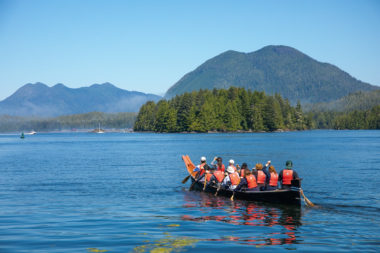 Watch this important video about the inspiring, cutting-edge, First Nations-led efforts of the Tla-o-qui-aht, Ahousaht, and Hupacasath people to protect Vancouver Island’s old-growth forests. While the BC government has yet to officially recognize and support these Nations’ initiatives, there is hope – with your support for Indigenous conservation efforts. 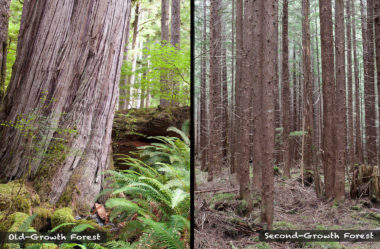 “Trees grow back! As long as we replant the trees, why shouldn’t we cut down the old-growth forests?”
This is a common contention, which is addressed in this latest video by filmmaker Darryl Augustine about some of the key differences between BC’s old-growth forests and the ensuing second-growth tree plantations that they’re being replaced with. 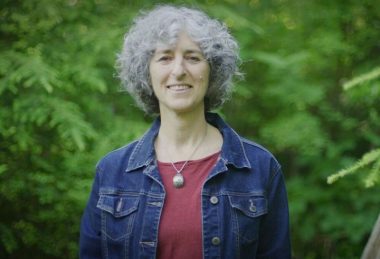 Twenty-five years ago, more than 12,000 people participated in what become known as the largest act of civil disobedience in Canadian history: the Clayoquot Sound protests. While this story is legendary, not everyone knows that Clayoquot Sound is not saved and that the large-scale logging of old-growth forests continues across most of BC. Meanwhile, raw log exports undermine BC forestry employment opportunities. Watch this video clip about the protests by film-maker Darryl Augustine to learn more. 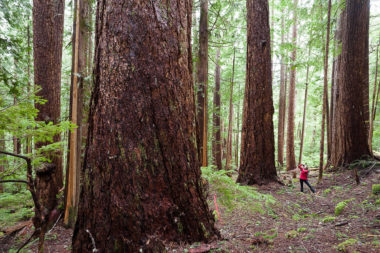 Here is the latest video by filmmaker Daniel J Pierce who has spent years documenting the controversies surrounding old-growth logging by Island Timberlands – this time at McLaughlin Ridge and the Cameron Valley Ancient Forest near Port Alberni, featuring the campaign led by the Port Alberni Watershed-Forest Alliance, whom the Ancient Forest Alliance has been working with for many years! 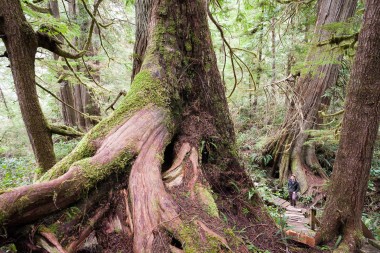 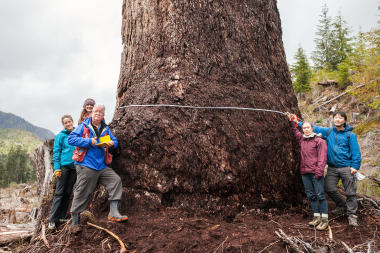 "Big Lonely Doug", a recently found old-growth Douglas-fir tree standing alone in a clearcut on southern Vancouver Island, has been officially measured to be the second largest Douglas-fir tree in Canada. Last week, renowned forest ecologist Andy MacKinnon, who manages the BC Big Tree Registry run by the University of British Columbia and is also the co-author of the best-selling "Plants of Coastal British Columbia, Washington, and Oregon", measured the goliath tree. 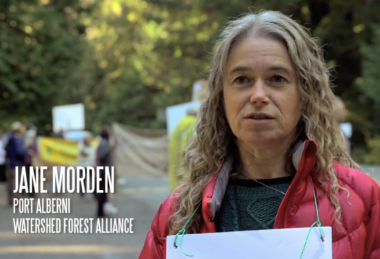 VIDEO: Ancient Forest Movement of BC

This short video, part of the series “Heartwood: A West Coast Forest Documentree” by Daniel Pierce of Ramshackle Pictures, features groups coming together in solidarity in Cathedral Grove in October 2013 to fight Island Timberlands’ old-growth logging near Port Alberni.